A year after graduating from Columbia College in Chicago, Diana L. Sanchez Uriostegui, moved to New York city to promote music and the arts.  She was already an activist for the voice of immigrant rights in the U.S. as president of a student organization at Columbia College.  Having to establish new contacts in New York, Diana had to invent a company name that would stand out among a metropolis city she was soon to emerge her solo arts and music production into;  Aztec She Warrior.

In her search  for community in New York, Diana found Aztec danza, a traditional cosmic sacred dance practiced in the Mexika culture of Mexico, Tenochtitlan.   She was already a Spanish Rock music promoter with a name still becoming in 2000.  She forged through new frontiers for the local Spanish rock bands from Chicago, New York, and L.A..   Producing loft events and concerts within the Spanish rock scene, her first concert in a  New York loft was, “A Tribute to Carlos Santana.”  Where she thought it was important to give tribute to the elders of Spanish rock, or those who came before the present generation in rock music that spoke Spanish.

Diana rode her bicycle every where while living in New York, 1999-2004.  She promoted her concerts, went to concerts, to work, Aztec danza, and gave tours all over New York boroughs on a bicycle. She carried a kryptonite heavy chain around her waist and rode a mountain bike, that also helped her survive from having to walk on the day 2 Towers died, 9/11. She was unstoppable and was highly sought after by other concert promotion companies for the production of music and art events.

Diana slowly became….Aztec She Warrior, after going through all those obstacles and never settling for any thought other than that of an optimist. She faced many struggles, but she continued to work for art and music events.  She didn’t want to have just anyone sponsoring her events so, she was always creating fundraiser ideas with the New York artist community.

One thing that has not changed about Aztec She Warrior is her make-up.  If you ever get to meet her in person, look into her eyes and notice her trademark.  A trademark everyone knows Aztec She Warrior by.  Her *** under each eye.  This has been her mark since 1997 to always remind her to be aware of woman beyond 2000, woman focused, woman rebirth, and woman of the future, past and present.  It was to bring awareness as to why we are here, only for a moment in time.

From 2004 to present, Aztec She Warrior resides in Chicago where she has dug deeper into  her cultural roots as a Mexika Aztec dancer and investigator of ancient Mesoamerican cultures.  She learned from oral history teachers in Mexico, from Mexico, New York and Chicago.  She has since traveled to states across the U.S. and Mexico for the purpose of offering Aztec danza and honoring our ancient past, today.  Now she works under close attention with anthropologist and native Aztec dancer, Cuauhtémoc “Temok” Mosqueda Garcia.  She administers his website, www.temok.org and translates his Facebook posts from English to Spanish and vice versa.

Thank you, for reading,

I was not sure if this would be of importance, then I thought it would be a good start to sharing with you that…. 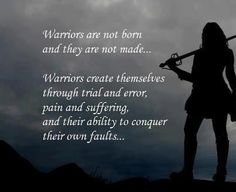 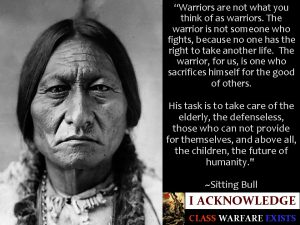